This information is intended as reference material only and should not be used as advice when choosing specialty industrial vacuum cleaner equipment for your facility. Using incorrect vacuum cleaners can create explosive hazards and should be avoided at all times. Please contact your safety officer or maintenance personnel for your specific location/business regarding choosing the correct equipment. 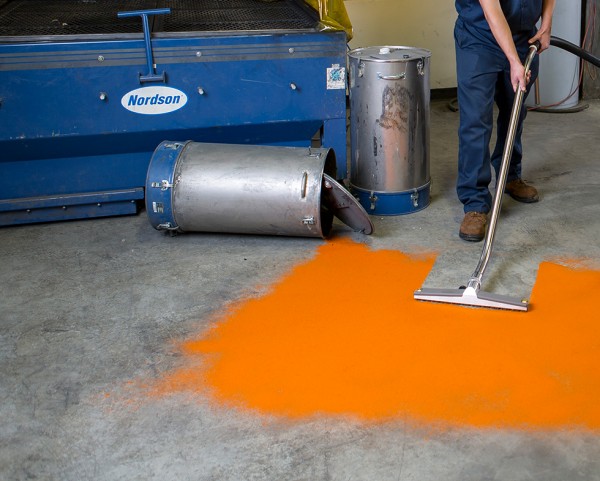 A hazardous, or classified, location is defined by the National Electric Code (NEC) as a working area with a risk of explosion or fire due to the presence of flammable gases, vapors, dust, or ignitable fibers in the air. Electrical sparks, arcs, or hot surfaces may cause gases and other airborne particles to ignite resulting in injury, loss of life, and property damage.

Understanding the explosion and fire risk of an area is important for designers and maintenance personnel when selecting electrical equipment, like industrial explosion proof vacuum cleaners or other power tools. It’s also critical that people working nearby be aware of the dangers in their work environment. To help with the proper selection of electrical equipment, NEC Chapter 5, Articles 500-506 use the class/division/group system to indicate the different risk levels. Some designers also use a zone/group system based on Article 505 & 506 of the NEC and developed by the International Electrotechnical Commission. Here we will focus on the class/division/group system.

Class defines the kind of hazardous material present in the area.

Division defines the likelihood that a hazardous material may be present in sufficient quantities to ignite or explode.

Division I: There is a high probability that sufficient quantities of an ignitable substance may be present during normal operating conditions, during a repair or maintenance, or because of an equipment breakdown.

Division II: There is a low probability that sufficient quantities of an ignitable substance may be present during normal operating conditions. Hazardous conditions would only exist if a flammable substance were released during an accident or the failure of the ventilation system that removes ignitable contaminants from the space.

Group defines the type of hazard in the atmosphere.

Groups B through D identify the flammable substances in the atmosphere based on their maximum experimental safe gap (MESG) and minimum igniting current (MIC) ratio.

Group E: Atmospheres containing combustible metal dusts, including aluminum, magnesium, and their commercial alloys, or other combustible dusts whose particle size, abrasiveness, and conductivity present similar hazards in the use of electrical equipment.

Group F: Atmospheres containing combustible carbonaceous dusts that have more than 8 percent total entrapped volatiles or that have been sensitized by other materials so that they present an explosion hazard. Coal, carbon black, charcoal, and coke dusts are examples of carbonaceous dusts.

The following are example areas and the classifications of those locations:

Class II because of combustible dust.
Division I because dust is present during normal operation.
Group G because grain dust is in the atmosphere.

Class I because of flammable vapor.
Division II because flammable vapor would only leak from the tanks if there was an accident.
Group D because propane is in the atmosphere.

Class II because of combustible dust.
Division I because dust is present during normal operation.
Group F because of coal storage. 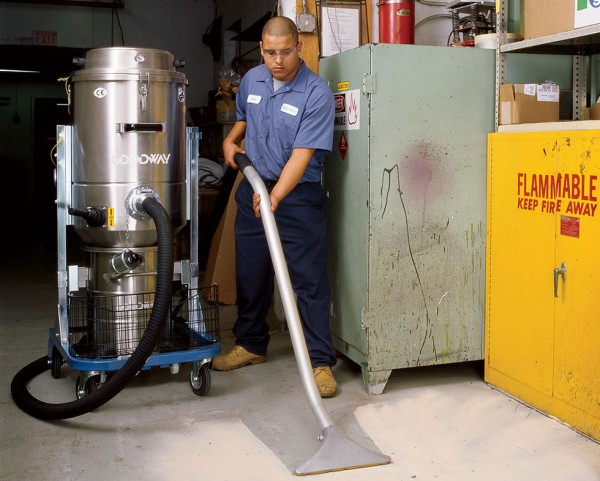 The level of protection needed from spark or fire varies depending on the classification of the area. The primary method of protection is to install the electrical item within an enclosure to separate the component from the hazardous atmosphere. Also, manufacturers may specify factory installed internal protection around motors or other electrical mechanisms integral to their equipment. NEC Article 500 lists several manufacturing methods for electrical protection with the most common being:

Explosion-Proof Equipment: The manufacturer has enclosed internal electrical components such as the motor in a grain storage ventilation fan.

Dust-Ignition Proof Enclosures are used in Division I and II environments. These enclosures are often wall-mounted metal boxes with a screw or clamped cover to protect electrical components from dust. Additionally, the enclosure keeps explosions or arcing that occur inside the box from being released to the environment.

Dust-Tight Enclosures are allowed in Division II environments only as they prevent dust from getting into the electrical components, but do not stop internal arcing or fire from escaping out of the enclosure.

The protection rating of an enclosure is indicated by its NEMA type. The National Electrical Manufacturers Association (NEMA) provides excellent reference materials allowing designers and electricians simple charts to select the appropriate NEMA enclosure type for a specific class/division/group. For example, the grain silo noted earlier is a Class II, Division I, Group G area. According to NEMA’s reference chart, electrical equipment in an area with this hazard level requires a NEMA Type 9 enclosure.

Selecting electrical protection in hazardous areas includes identifying the explosion and fire risk based on the substances present in the working environment. NEC Article 500 and NEMA documentation provide information to help select the correct enclosures to keep people and property safe. Simply fill out the form below and we'll make sure to get you the information you need.

Let us help you find the Goodway product that works best for your specific needs. Just choose the product line you are interested in.