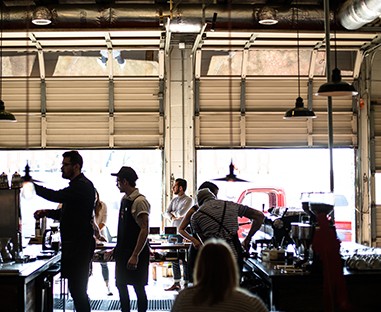 According to the EPA, the air within homes and office buildings can be more seriously polluted than outdoor air, even in the dirtiest cities.

As trends in energy efficiency lead to "tighter" building designs, indoor air quality (IAQ) issues are an increasingly common concern. Modern buildings are so well sealed that pollutants and disease-causing organisms are trapped inside. Microbial contamination has become an increasing source of what is often referred to as "sick building syndrome" (SBS).

Studies show that surfaces made of copper alloys are effective antimicrobial agents. Copper's antimicrobial properties can potentially limit the spread of infectious diseases and allergens through HVAC systems.

In study after study, copper alloy surfaces have killed off pathogenic bacteria within 90 minutes at room temperature and within a few hours at chilled air (indoor air-conditioning) temperatures. The EPA now recognizes over 350 copper alloys as antimicrobial. Conversely, microorganisms can survive for up to a month or more on stainless steel or aluminum.

The fact that copper can kill microbes is not news. Well ahead of the curve, Ancient Egyptians, Greeks, Romans, and Aztecs used copper to treat illness and infection and for daily hygiene. And those other early adopters, the Phoenicians and Carthaginians may have used copper sheathing on their ships to control biofouling.

The British navy figured it out a couple of hundred years ago. Some historians speculate that Admiral Nelson's Trafalgar victory in 1805 was partially due to his copper-clad ships – the copper reduced marine growth on the hull, making his ships faster. In any case, it was copper: 1, wood: 0.

Today, copper is used extensively in the medical industry, ranging from antiseptics and anti-fungal products to medical devices and oral hygiene products.

Studies show that using copper and copper alloys in heat exchanger tubes, fins, filters, and condensate drain pans, may control the growth of harmful fungi and bacteria that thrive in HVAC systems.

In the summer of 2010, researchers conducted a trial at the Fort Jackson U.S. Army base in Columbia, SC, to test the effectiveness of copper surfaces in HVAC on inhibiting the growth of microbes. A test HVAC system was retrofitted with copper components in places where contaminants thrive – chilled water tubes, heat exchange fins, and drip pans. A similar, nearby barracks acted as a control. The barracks with copper systems had significantly lower levels of microbes in the air.

Using copper in industrial HVAC systems could reduce unwanted airborne biological pathogens and improve HVAC IAQ. A bonus is that copper's thermal conductivity can also boost energy efficiency. Besides that, copper is a beautiful material. Using it for exposed ductwork adds to building aesthetics.

Copper industrial HVAC components show promise for helping alleviate SBS. We expect to see them become a popular option in critical environments, such as hospitals, nursing homes, and military facilities.