Floating Proof of the Power of ScaleBreak Liquid Descaler 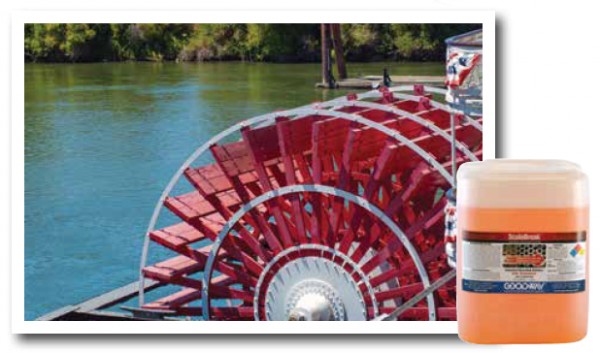 When Mathew Stage talks about getting a head of steam, he means it literally. He’s captain and owner of the Chautauqua Belle, one of four authentic steam-powered sternwheeler paddle boats in North America.

The steamer was originally commissioned in 1976 as part of the celebrations of the nation’s bicentennial. However, over the years she had fallen into disrepair and was on the verge of being sold for scrap. Shortly after graduating from high school, Mathew purchased the steamboat in January 2007. He was only 18. He then set to work restoring her.

“We saw more than $20,000 in fuel savings the first year,” says Mathew. “We’ve since re-plumbed the boilers so that we can hook up the circulator without it being a burden. Now I can run it every spring. The major project was replacing the entire boiler system, which consists of 128 tubes that run the length of the boiler,” says Captain Stage. “I spent three days of my life inside that boiler – wire wheeling and grinding off a decade of calcium buildup.”

After hundreds of hours of work and with the help of family, friends and volunteers, the Chautauqua Belle was back on the lake to take part in the Fourth of July, just like she was originally commissioned to celebrate.

During the cruising season in the day, the crew runs leisure trips open to the public. In the evenings, the steamboat is booked for private parties and weddings. “Some of your captains are even licensed to perform weddings on board,” says Mathew.

Though the steamer may be a party boat for passengers, it is serious business for Captain Stage. “For 10 weeks every year we run 7 days a week with 5 trips a day. In the season she’s running about 16 to 18 hours a day,” says Captain Stage.

“During that time she’s always under pressure,” says Mathew. “We’re constantly taking in raw water from the lake and sending it through the boiler. On board we don’t have a lot of room for treating water. We raise the Ph level and remove oxygen, but the water goes in pretty much raw.”

After six seasons of that kind of performance, the boiler was showing real signs of wear. “We re-tubed the boiler in 2007 and our fuel economy was great. We were about 88% efficient that first year, but our fuel bills kept getting higher and higher,” explains Captain Stage. “We tried grinders and physically trying to clean the tubes, but the performance increase wasn’t even noticeable.”

That’s when Mathew called Goodway Technologies. Mark Roth, director of inside sales, recommended ScaleBreak liquid descaler with Goodway’s GDS-C40 Scale Removal System. “We initially ran the system for about a day and a half,” says Captain Stage. “Before ScaleBreak we never saw any boiler efficiency improvement. Now the boiler is running like new,” he says.

“We saw more than $20,000 in fuel savings the first year,” says Mathew. “We’ve since re-plumbed the boilers so that we can hook up the circulator without it being a burden. Now I can run it every spring.”

The Chautauqua Belle is floating proof of the power of Goodway Technologies ScaleBreak liquid descaler. If you’re ever on Chautauqua Lake in western New York, keep your eyes peeled for her. She plies the waters from spring to fall. 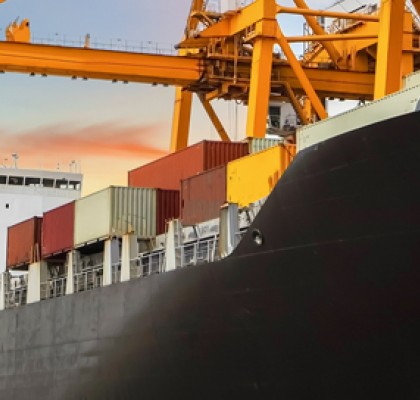 Offshore and maritime environments demand the best solutions. From cruise ships to cargo to LNG carriers, Goodway's unique set of maintenance equipment provides a variety of on and offshore drilling equipment, desalination equipment, condenser cleaners and much more.