President and CEO Tim Kane Featured on Manufacturing Podcast "Made in America." 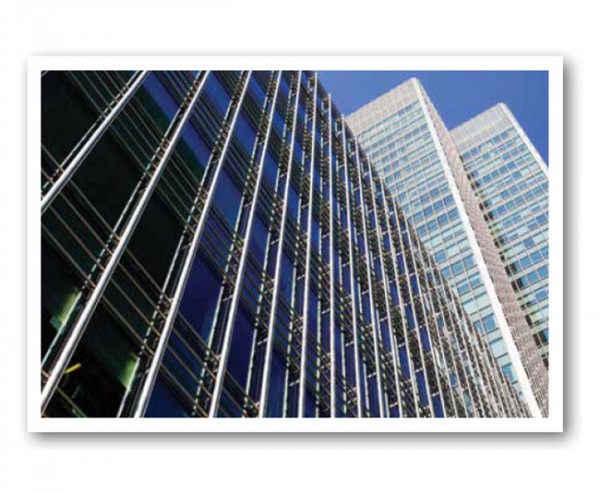 With one million square feet of office space under one roof, this 20-story tower provides workspace to 16 tenants, with more than 2,000 employees on site. Built in 1973, the facility struggled to meet the modern performance demands expected from the building’s original HVAC system. Fabrotta explains, “Data rooms have shrunk in size but have increased in power and cooling consumption.”

Westchester One houses five separate data rooms, with one tenant filling 25,000 square feet with servers that operate 24 hours a day, 7 days a week, 365 days a year. The residual heat in these rooms requires supplemental cooling from tenant-supplied units known as CRACs, which is an acronym for Computer Room Air Conditioners.

Though his team works year-round on HVAC maintenance, he says that spring is the busiest season. “We had a white fiber that was flying everywhere and causing all kinds of problems in the CRACs. We had it examined at a lab. It’s called Cottonwood.”

“The systems that we have are big,” Frabotta says. “Our mechanical room is on the roof. We pump air downwards. It takes a lot of air volume to push cool air to the lower floors. At one point, we weren’t capable of doing it.”

The problem was dirty coils clogged with Cottonwood. With inefficient heat transfer from the coils, no horsepower in the system’s fans could cool the building. For the cooling tower at Westchester One, the coil stacks are about eight inches thick. The engineering team tried a pressure washer but could only penetrate about two inches into the coils. Frabotta turned to Goodway to try their CC-400HF HiFlow Coil Cleaner.

“Goodway’s coil cleaner works the exact opposite of your standard pressure washer. Our assistant engineer inserted the wand behind the coils and started washing. I could see water blowing through like a champ. We were finally able to clean and use the entire coil. It really made a big difference.”

To Frabotta, the key to more efficient cleaning was the water volume. Their previous washer delivered enough pressure but only pushed about 1/3 of a gallon of water per minute. The HiFlow Coil Cleaner pushes 3 gallons of water per minute at 400 psi. “The water consumption is greater, and you’re pushing all that debris out. You can actually see it.”

To track his system’s performance, Frabotta regularly measures the static pressure in the building’s ductwork. Before the maintenance program, the HVAC system needed 4.5” of water column, as measured by a manometer, to get air from the rooftop unit down to the second floor. With a clean coil, clean ductwork, and proper flow, the fan doesn’t have to work as hard. Frabotta explains that their operating target is 3.8” of water column, though, on most days, they can cool the building at 3.5”.

But for Frabotta, the proof is in the energy bill. “My manager is tickled. He thought there was a mistake on the electrical bill. We save thousands of dollars a month.” One month’s electric bill came in $20,000 under budget. “The savings are significant, believe me.” When taking into account the entire maintenance program, including vacuuming, installing the sand filter, deep cleaning the HVACR coils, and cleaning the ductwork, the improvement represents between a 13-15% increase in system efficiency.